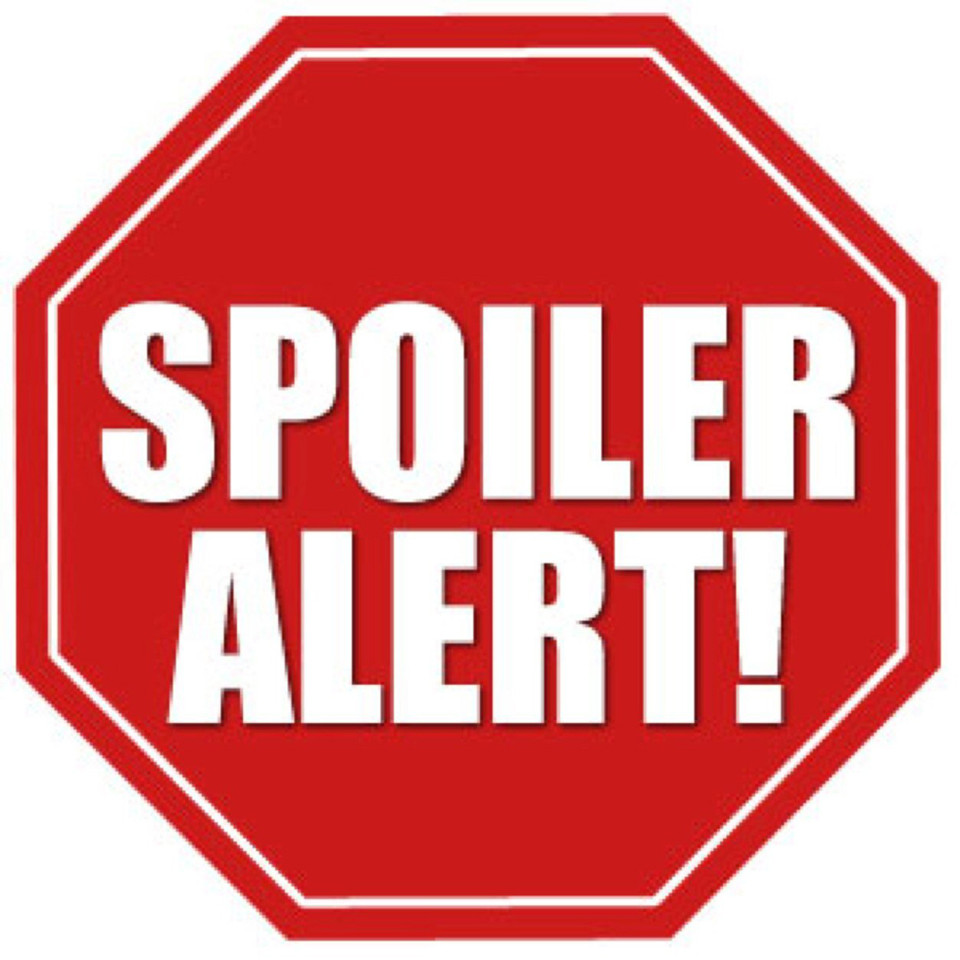 (I not responsible for ruining the experience)

Michael Bay’s transformers are one of the highest money making movies in the world. There are four movies in the franchise already, and Mr. Bay is working on a fifth and a sixth. These movies draw in massive crowds. Despite the massive crowds, most critics think these movies are bad. I do not think these movies are bad movies. I do think, however these movies are highly overrated. After watching these movies one does not learn a lesson, or walk away from the the theater deeply moved, and ready to change the world. I think this way because each movie is essentially the same movie, with a shallow plot, oversexualized females, somewhat uninteresting characters and massive amount of explosions.

To elaborate on my point, I will start with the plot. The transformers film series follow the battles of two separate robot factions. These factions, the Autobots and Decpticons have fought for many years until their planet has been destroyed. They then leave their planet and due to certain circumstances come to earth to continue their war.  As I have stated, before each movie is essentially the same movie. This is due to the introduction of a McGuffin. A McGuffin is a highly sought after object that propels the plot forward. This object severs no other purpose. In the first movie that, would be the Allspark, or as it became known in the movie as “that big metal cube,” which was sent to earth by the Autobot leader Optimus Prime to hide it from the Decpticon leader Megatron. In the second, it was a device that could harvest the Sun and turn it into the energy the robots use to power themselves. The weird thing is it was hidden in a pyramid in Egypt and somehow no one was able to find it until the main human character, Sam, was able to point it out.  Said pyramid weapon could only be activated by a device that could also bring Optimus Prime, the Autobot leader, back to life in case he died, which also happened in this movie. (I will explain why this is a problem later in the evaluation.) In the third, it was a device that would sacrifice Earth to remake the Transformer home world of Cybertron. Finally, in the fourth movie, it was a “Seed” used by the creators of the Transformers to turn worlds into metal for their purposes. Plot devices such as these would normally not be a problem, except somehow, ironically and weirdly, all of them ended up on Earth. A good plot needs to give the main heroes a complying reason to go forward. Here the plot devices feel pointless.

My next gripe with the movies are found in how certain females are portrayed, most specifically the girlfriends of the main character. Mikaela Banes, played by Megan Fox, and Carly, played by Rosie Huntington Whiteley. Essentially, these women are eye candy for the movie. Granted, they do have their moments in the film, but it is clear they were chosen specifically for their looks. Ms. Whiteley is after all a Victoria’s Secret model. One example can be found in the third movie, Transformers Dark of the Moon, during the big fight scene. The camera fixates on Carly, and she is in the middle of a battle and her hair, makeup, and clothes look perfect, even though there is a truck exploding and flipping over in the back ground. It was as if she had a makeup department following her around constantly making sure she looked good between fights.

Take princess Black Widow of the Avengers film series. She is a woman but she is not overtly sexualized. She is not there to just look pretty or complement Iron Man and Thor. She shoots, fights, and remains useful throughout all of the movies, while the women in transformers are just “there” and feel that way.

The characters themselves are not that bad in that they act like how it’s expected of them. In that I mean the Autobots are the good guys; the Decpticons are the bad guys. That is also where they fall short. They are wholly good or wholly bad, nothing having a grey area, which can make for more interesting characters and story. Megatron, the main villain, is played with too much in the movies. It is like he is needed in almost every story. This can be seen in the fact he has died literally three times over the course of four movies.  The same can be said about Optimus Prime. He has also died and been resurrected in the second movie. His personality has also changed greatly over the course of the movies. In the first movie, he was noble and wanted to avoid getting in conflict, wanting the peaceful option. This is true to the main character of Optimus. As time went, he changed from less of his true character to more along the lines of an angry madman. He stated several times “kill all of them.”

(Notice his Anger, this was in the third movie)

(Notice how noble and righteous he is here, this was in the first movie)

He even at one point said he wouldn’t hurt a human but in the last movie he did just that. Something a lot of us thought Optimus wouldn’t do. He is also very inconsistent with his fights. He is supposed to be one of, if not the best, fighter of the Autobots. Despite this, he is often seen getting his metal butt kicked by weaker transformers. Then later, he will fight the same enemies and beat them within a few seconds of the fight. That is why I say his death was a problem because three enemies ganged up on him and beat him though he has been seen fighting the same amount of enemies and winning, thus, making his death feel forced and artificial.

(Did I not Mention Spoilers. Don’t worry he comes back to life)

The series in my honest opinion did not get that good villain until the last movie. Transformers four Age of Extinction. This movie introduced a transformer that is not aliened to either side named Lockdown, 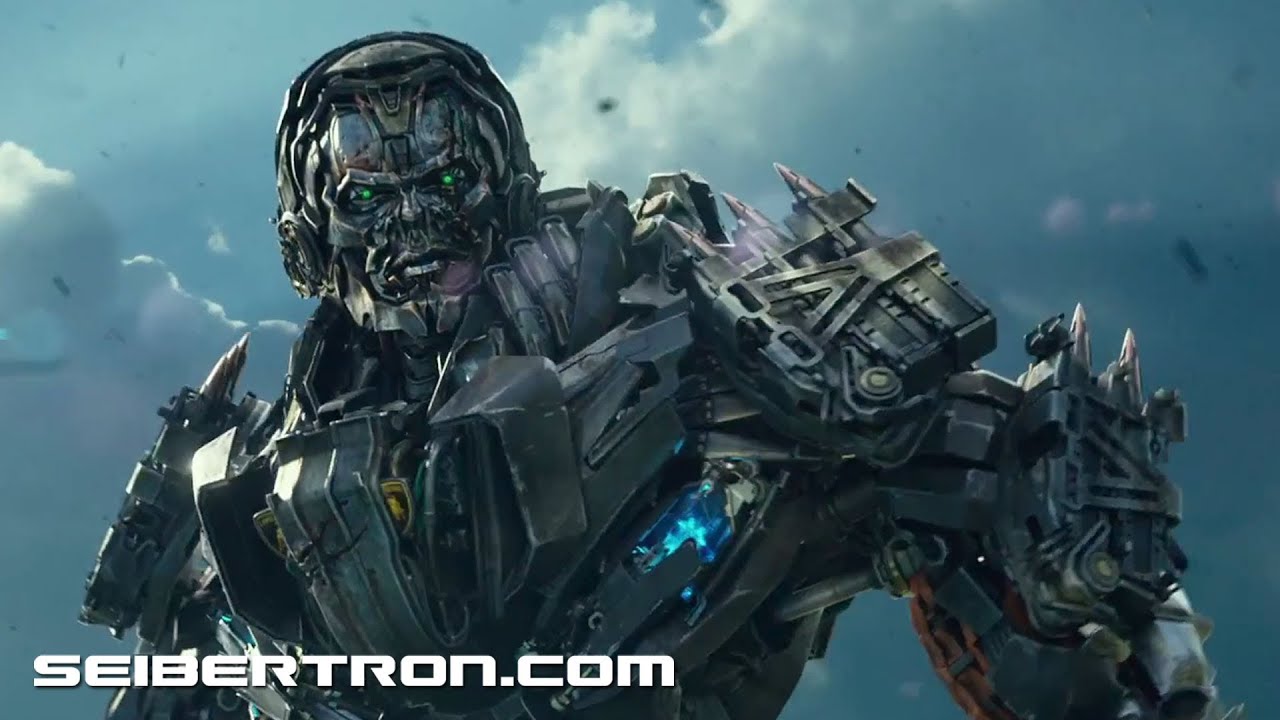 who is helping the humans hunt down Autobots. The Autobot’s human allies turned on them after the events of the third movie and are now making an army of Transformers from fallen Autobots and Decpticons to destroy the remaining Autobots. Speaking of the humans in the series, many believe that the humans distract from what we all want to see, namely giant robots fighting and blowing stuff up. Many, including myself, can tell that the Transformers franchise suffers some because the human part of the story is not that well done. This is mainly because it feels forced. It admittedly got better in the fourth movie, but this is not a massive improvement. The vary fact that many do not care about the human characters speaks volumes about how “interesting” they are.

I now shall cover my final topic. Special effects, explosions, sounds, and CGI. If these movies were review based simply on these qualities, then they would score highly. Each and every fight scene all throughout these movies are a spectacle to behold. This is especially true of the final fights of the third and fourth movies. Seeing Chicago under siege in the third movie was jaw dropping. The Decpticons were shooting and destroying everything. The battle for China in the fourth movie made watching the whole movie worth it.It is made even better with the use of CGI and sound. When Optimus punches Megatron, the sharp clang of metal on metal can be heard. Parts and scrap metal go flying. The alien guns have a realistic sound as well. So once they go off, it can be imagined that’s what it would sound like. Even clomping thudding sound of the Transformers waking are great.

In spite of all of its problems, why do many people like these movies?  I, myself as an example, these movies as I have stated are not bad movies. They are just nonstop action, but therein lies the answer. People feel the need to see stuff go Boom. When I was watching the third movie battle, I was speechless. I was like many others wondering which of the Autobots and Decpticons were going to die. Will one of those deaths be Optimus’s? (Again) Will good triumph over evil? All of this, I was wondering as stuff was getting blown up. That is what makes these movies so much fun to watch. It’s not the deep plot or characters. It’s the action and explosions.

One of my personal favorite scenes of the films as a whole was during the final fight of the fourth movie. Optimus Prime rode a giant metal fire breathing T-Rex.

So if a good film with an, interesting story, deep characterization, and non-sexualized females is wanted then this is a bad choice. If a movie that is full of explosions and awesome CGI is wanted, then by all means this is the correct choice. A choice, perfect for an afternoon with nothing else to do.

I have looked online for blog posts dealing with my genre. The genre I have chosen is movies and film. The first one of my chosen blog posts I looked at a short article. Its main purpose was to tell that a trailer for captain america 3 will launch with star wars 7. The second of my articles is about a movie made in Bollywood. It was evaluating the movie and discussing on whether or not a squeal should be made.The final of my three articles was a review that came out about a month ago called Sicario. Its main purpose was to tell the reader how good the movie was. The reviewer himself seemed to enjoy the movie. (Even if it  was a very dark depressing movie.) To this end I have noticed many elements of deign that are similar in each one. For example most have a picture or a video of the movie in question. This I imagine is used to add context and show some of what is being talked about. In these two articles the criteria were given to support there conclusions. This gave added proof to their claims. Due to both of these factors I find that these articles use effective use of design and narrative choices. Too close I have also looked in the book and found several design choices I will use for my Assignment. These include being careful about my image or video choice. To quote the book on page 676 “images used in the document should contribute to the overall impression a document makes on the audience. A poorly selected image could weaken an otherwise effective document.” I will use a good use of colors to draw in my viewers. Finally I will use a good font style and size to allow the readers to see and understand my words correctly.